Job contentment should be normalized. As an employer, you should not assume that every employee has career ambition. People have jobs for a multitude of reasons and everyone’s reason isn’t career advancement.

Let’s talk about ambition. Having an employee with this trait is usually a positive thing. Employers are usually proud when someone wants to advance at their organization. Goals are encouraged, employees are expected to have a career path in mind. And, the norm has been that their career should include moving up.

Wanting your employees to have goals is one thing. Wanting an employee’s goals to align exactly with yours is another. You may want a certain employee to move into a leadership position, but they may be happy with their current position.

The current reality of work/life balance

In recent years the topic of work/life balance has become more prevalent than ever and the narrative in society and the labor market has shifted. People are no longer suppressing their thoughts on boundaries in the workplace and having a balanced life. Some ways that you may have seen this show up in your workforce include:

With the above being the current reality, consider that employees may want to just perform the job that they’re in, and may not have any ambitions to move up in the company.

How may this show up at your organization?

At many organizations, including health centers with hourly workers, job contentment should be considered a good thing. A good medical assistant doesn’t necessarily need to become a supervisor or manager. And, that’s ok. If they’re fulfilled in their current role efficiently and performing efficiency and effectively, job contentment should not be an issue.

Ask yourself this: Am I guilty of placing my ambitions on my employees? Here are red flags to look for:

As stated above, your main concern should be if your employees are performing efficiently in their current role. Think about it this way: In your organization, the overall goal is to have the right people in the right jobs. If you’re encouraging someone who truly doesn’t want  to take a promotion, they’re going to either:

Just because someone is amazing at their job doesn’t mean they want/should be the supervisor/manager. Sometimes the things that made them amazing are the very things that would make them unsuccessful as a manager/supervisor.

How can you normalize job contentment within your workforce?

Create an environment where your employees feel appreciated and encouraged whether they want to move up or not. The next time you encounter an employee who is content in their current role, don’t look down on them. Take a step back and remember that jobs have different values to different people. As long as they’re performing effectively, an employee’s ambitions and desire for work/life balance should not affect how they’re treated at work. Encourage growth, but find out from your employees what that growth looks like to them.

Adopt this mentality and accept this truth. Make sure you see your employees for who they are and not who you want them to be. 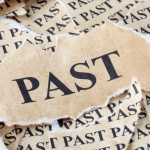 Can Past Mistakes Prevent Future Issues?