Why Do We Fight Against Gender Pay Equity?

Twenty-five years ago, I worked for a local employers association.  One of the “hottest-button” issues we faced, and what we continually fought to “protect” our members from, was the evil boogie-man of “comparable worth.”  The concept was evil, of course, because it originated on the labor side rather than management side, from protesters rather than the board room.  This was nonsensically, as I would learn over time, because most large employers had job evaluation features in their compensation programs designed to achieve exactly what comparable worth sought to achieve.  Decades later, despite all our efforts to be known as “employers of choice” we continue to resist one of the best ways we can to become employers of choice.   Both SHRM and World at Work issue op-ed pieces on the supposed “interference” of equal pay proponents on the supposedly free market and the ability of organizations to do business as they see fit.  I believe it is exactly that type of knee-jerk reaction to ideas “from the other side” that blinds us in our ability to recruit and retain the best and the brightest.

The consulting firm Accenture yesterday released a report called Getting to Equal 2017, outlining its thoughts concerning how the gender pay gap could close in developed markets by the year 2044, 36 years earlier than previously estimated.  It sets forth three main ways to address this challenge: digital fluency, career strategy and tech immersion. Interestingly, all of these tactics are focused on things women can do individually to help themselves, and do nothing to address the systemic problems within the labor market that perpetuate the pay gap, and continue generally unabated.

There should be a conscious effort on the part of human resources management to identify the gender pay gap problems in their organizations and address them, if not for “moral” reasons, than simply because it makes good business sense.  Ensuring that half your work force and potential labor pool appreciate your commitment to fair compensation should be a competitive advantage for you, not a burden.

It is hard to imagine organizations deliberately engaged in pay discrimination, and frankly, this is not where most of the problems occur.  The use of seemingly innocuous (and often “industry standard”) pay methods accounts for far more discriminatory impact than bald-faced discrimination:

As a profession, those in human resources should not be content with waiting another 27 years to fix a problem they could fix within a year.  Creating a compensation program free of gender bias, intentional and unintentional, should be one of the primary objectives for every organization. 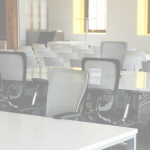