Get Ready to Respond to Media Inquiries About CEO Compensation

Most health centers don’t have a public relations staff, an official spokesperson trained in the arts of media relations, or a lot of experience responding to calls made after the clinic is closed a few hours before the midnight publication deadline.  With an increase in media reports concerning compensation and the financial activities of FQHCs, Merces’ Communications Consulting Practice suggest that you prepare, in advance, to respond to the media, even if you don’t think you’re doing anything that could possibly be considered inappropriate.

Why might you get a call?  There’s something about six figures.  Somehow $100,000 just seems like an extravagant salary compared to $99,999.  For some reason, when people see $100,000 in compensation in a Form 990, they start thinking “excessive.”  Just to put that psychological threshold in perspective, consider that a five year veteran of the NBA, paid at the league minimum, will earn $100,000 after sitting on the bench for eight games, whether he plays or not.  Of course, it doesn’t hurt that a couple years ago, the Governor of New York was making a push to limit any employee’s compensation, in any non-profit, to $100,000/year.  When six figures appear on your 990, assume that, eventually, someone is going to ask “why do you pay that much?”

Most media reports on compensation include the kiss of death — a “no comment” response to the initial contact.  As we all know, innocent until proven guilty doesn’t apply until you’re in court, and “no comment” is tantamount to “guilty” in the press.  Rather than put off an initial response to wait for the crisis team to go into action, why not be proactive and make sure the truth — not distortion — gets out?  Take an hour or two and write a concise, but thorough, explanation of how your organization determines the compensation of its CEO and other executives.  Describe the governance processes the Board uses, the organization’s compensation philosophy, the surveys considered in setting up the salary range, the method for appraising performance, perhaps an “average percentage increase” over the last several years.  You might even consider providing your “CEO as a multiple of average worker” pay statistic.  Given how low it’s likely to be compared to the ridiculously distorted propaganda statistics floating around, it is another way of showing how responsible your organization is when it manages pay.  It might be appropriate for your compensation program description to have a “Frequently Asked Questions” (FAQ) section, to prepare someone who might end up on the other end of an interview.

When you get the call, ask the reporter for his or her email, and send a copy of your executive compensation program description.  Tell them that once they’ve reviewed it, you’ll be happy to make sure they have the chance to ask their questions of the appropriate person.  Make sure that every Board member has a copy as well, and that they understand it.  The appropriate person for a reporter to talk to about CEO compensation really isn’t the CEO anyway, its the CEO’s manager — the Board of Directors.  They’re going to be asked about it eventually anyway, so why not make sure they are prepared.

Something to consider — reporters are people too.  Unless they have an agenda, they are probably just looking for an interesting story, but ultimately, for the truth.  And if the truth is, well, frankly, dull, there isn’t going to be much of a story.  “No comment” sounds like you’re hiding something.  Transparency shows that you aren’t. 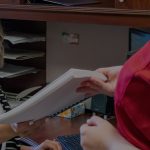 Make Your Form 990 Work For You

My Pay is in the WHAT?